Hardly anyone knows that in 1963 the legendary Czech travelling duo spent seven months in Japan. They found this country to be the most interesting of all seventy-six they had been to. As in all other locations, they shot documentary films. These show images of Japan before it stunned the world with its rapid technological development: the Tokyo Olympic games were in full preparation, highways under construction, and Shinkansen bullet trains were still in trial operation. A year later, the world had to admit that this war-ravaged country had turned into a superpower.

In the end, Zikmund and Hanzelka were not allowed to distribute their films. Their openly expressed opinions made them fall into disfavour of the communist regime and they could not publish their books for another quarter of a century. Some thirty films remained in the archives and had not been publicly screened until this year. The audience in Ponrepo cinema will have the chance to see several of the most interesting pieces.

After screening there will be a short discussion in Czech.

The screening and discussion will be moderated by Haruna Honcoop, an Asian film expert, and Zdeněk Thoma, a photographer and traveller. 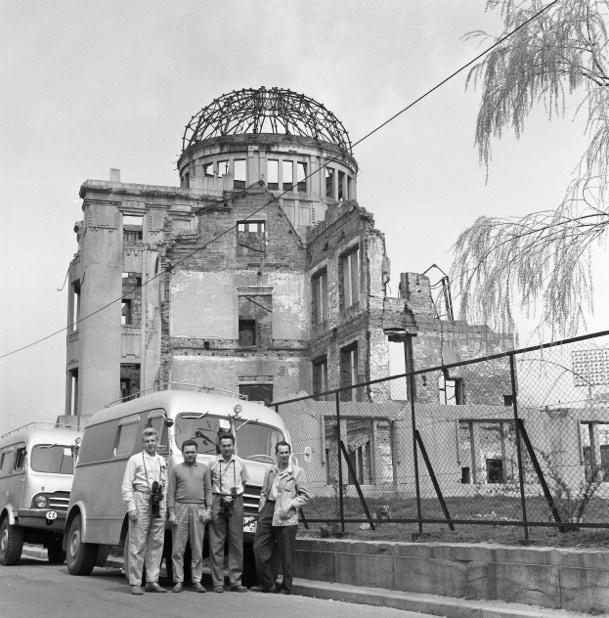