From Iron Fists to Furie

It is very likely that a contemporary film action would look different if not for the influence of Hong Kong cinema. Its impact has been revolutionary in many ways and has forever left its mark in the history of the genre. And its story is, above all, that of stuntmen and choreographers who have come from the shadows to creative positions within the film industry.

Kung fu film representation has always enjoyed high popularity in Hong Kong cinema. Ever since the 1940s, cinema audiences enjoyed the stories of local legend Wong Fei-hung, but everything changed in the 1970s with a number of acrobats practicing martial arts. Lau Kar-leung, Corey Yuen, Jackie Chan, and especially Sammo Hung, were among those who never lost touch with this tradition and later became not only actors but also choreographers, producers, and mainly directors. Hung, in particular, has been at the centre of the genre for more than four decades and has regularly collaborated with every major Cantonese author. This is one of the reasons why we feature not one, but two of his films in our program – Project A (1983) as the epitome of the Golden era and The Bodyguard (2016) which reminisces about the same time period. Thanks to its filmmakers, the films belong to the section entitled the Godfathers of Action. This section also contains the legendary story of the 1990s Once Upon a Time in China and the co-production SPL II: A Time for Consequences (2015).

The Golden era dawned in 1970 with The Chinese Boxer in which Wang Yu completely turned the audience’s attention from heroic wuxia stories to the iron fists of hard-training heroes. Two years later, the principles of the genre were further outlined by The Killer and King Boxer, and then the world became captivated by Bruce Lee. And it was none other than the charismatic ‘Little Dragon’ who strengthened the position of Asian martial arts in the international context and paved the way for the next decade which was completely dominated by the generation of Jackie Chan and Sammo Hung. Viewers have been mesmerized by Hong Kong films full of fascinating choreographic performances and stunts to this day, but, more importantly, many regional cinemas have drawn inspiration from them over time.

In 2003, Prachya Pinkaew introduced Tony Jaa and JeeJa Yanin to the world and Thailand dominated the martial arts scene with Muaythai. Another major hit came from Indonesia when Gareth Evans introduced The Raid to international festivals. The local fighting style of Pencak silat was a success and Iko Uwais or Yayan Ruhian have enjoyed international fame. These traditions have been developing side by side and choreographers and stuntmen have become increasingly involved in large international productions. South Korea, Philippines, and last but not least, Cambodia, where popular stuntman Jean-Paul Ly helped with the making of the uncompromising Jailbreak (2017), are also among regular contributors.

The films at present are full of sophisticated filmmaking techniques and, thanks to fantastic stunts, still powerful, which is illustrated by the rest of our program called the Disciples. They follow in the footsteps of the tradition established by the Godfathers of Action. Taiwan’s The Scoundrels displays full-contact fights with humour and bank robberies, while Vietnamese Furie engages brilliant choreography in a woman’s revenge story and 212: Warrior offers a glimpse into a genre that is rarely explored in Indonesia – comic wuxia.

This year’s program consists of two interconnected parts. On the one hand, it is a tribute to Hong Kong, and especially to Sammo Hung, presenting four excellent action films, and, on the other, it showcases three local variations that translate the Cantonese tradition into their own regions. We bring seven feature films that prove the power and influence of choreographers and stuntmen!

There are not many of those that we can deservedly call legends in their respective fields. There can be no doubt that Hong Kong actor, director, producer and choreographer Sammo Hung has become one. He has been involved with martial arts and films practically all his life. As a boy he joined the Peking Opera School and was one of the most skilled members of the Seven Little Fortunes group. There he got plenty of acrobatic and choreographic experience and also became good friends with Jackie Chan or director Corey Yuen.

He appeared in numerous films as a child actor but eventually became one of the leading Hong Kong figures during the reinvention period of martial arts films in the 1970s. He starred in Enter the Dragon (1973) alongside Bruce Lee, in one of John Woo’s first feature films Hand of Death (1976), and directed, for example, the sophisticated cross-genre Knockabout (1979). A rather well-built figure, compared to that of his co-actors, allowed him to do exceptional action stunts. He made fantastic use of them in, for instance, the iconic Enter the Fat Dragon (1978). In the 1980s he became one of the most prominent representatives of the action genre. You can see this in such cult films as Project A (1983), Eastern Condors (1987) or the Lucky Stars series (1983-1996).

In later decades he was mostly cast as a master of martial arts or a skilled fighter. He played the main villain in Kill Zone (2005) and again showed his talent in Ip Man 2 (2010). His filmography includes more than two hundred roles and about a hundred films where he collaborated as a choreographer and action director. The Bodyguard (2016) which will be opening this year’s Filmasia is the greatest work looking back in on Hung’s incredible film production. 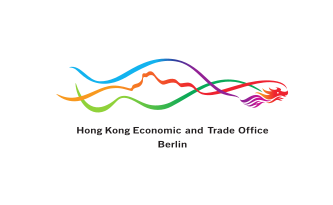 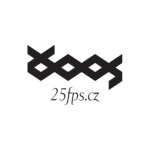